Cartoon art has the power of communicating narrative and humor in a single image.With enough artistic ability and an abundant imagination, you can express your unique view of the world in just one frame.The foundation for the course is the first-year “500 croquis drawing” zoo activity done over the summer holidays.This intensive drawing experience helps students dramatically elevate their observational skills and ability to portray subjects with precision.In addition, through classes such as caricature, students develop a critical perspective and the ability to capture the zeitgeist through drawing.Students also develop a sense of humor in their work.From their third year onward, students are divided into three classes—cartoon art, picture books, and art—to study their chosen fields in more depth.Our graduates go on to flourish in a range of pursuits, including satirical cartoons, picture books, games, advertising, animation, and more, building on the creativity and expressive techniques they hone at Kyoto Seika. 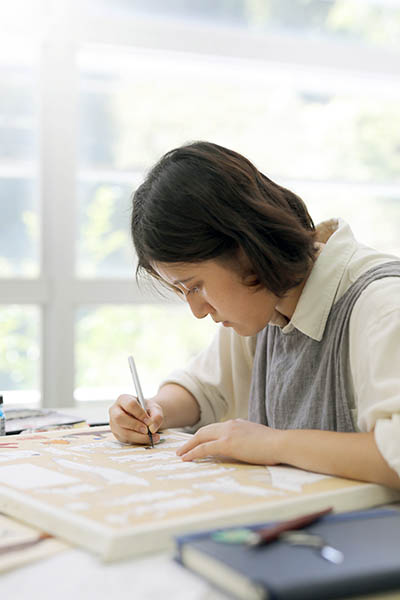 A studio in the Taiho-kan.Each year has its own classroom where students have dedicated desks to do work. 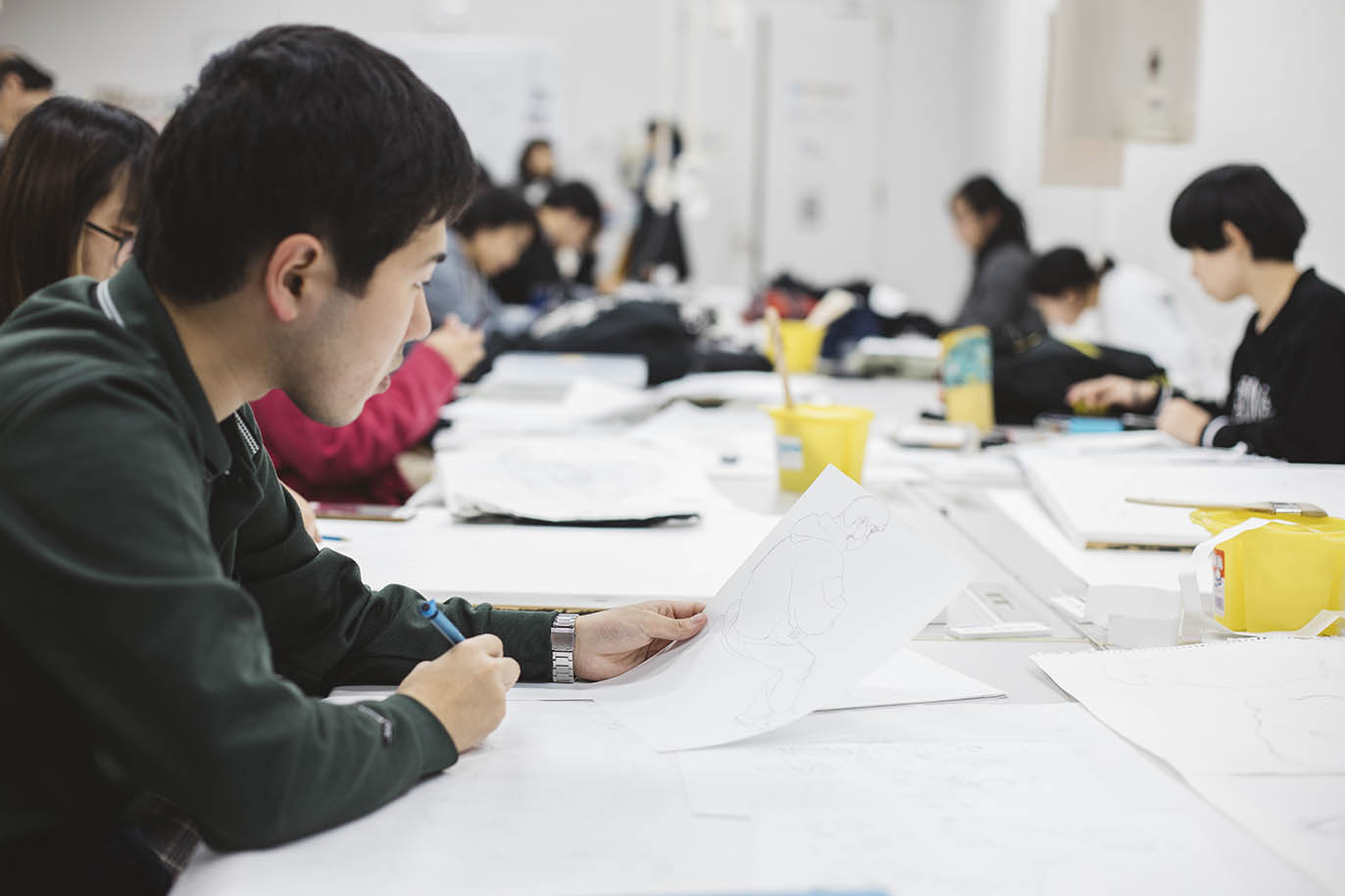 Armed with formidable drawing skills that enable them to quickly and accurately capture a subject, many of our graduates go on to work as successful manga and picture book artists.In addition, some graduates leverage their powers of artistic expression and sense of humor to work as designers.The skills acquired here can be put to use in any number of fields.